In 1968, the long-standing workhorse chronograph movement of the SSIH, the Lemania CH27 C12 (Omega 321), was discontinued.

It was replaced with the Lemania 1873, which became the famous Omega 861 “Moon” movement. Sic transit gloria, if I may say so.

Its later Moonwatch movement fame was undeserved because that title goes to the 105.012 and its cal. 321.

It was constructed on the same baseplate, but the column wheel was replaced with a cam-switch. Cheaper to produce and easier to service. Omega still uses it (as the cal. 1861, with one more jewel and rhodium finishing).

The introduction of a new chronograph movement meant a revolution for the Speedmaster.

Some people – for whatever reason – think that it’s the movement that sets apart the pre-Moons from the Moonwatches, but that’s wrong.

Why? Because the 145.022-68 and the -69 were technically pre-Moon. That’s defined by the absence or presence of the Moon/NASA-themed inscription on the case back.

There were -69 “Moonwatches” though. After the Apollo XI mission and the Moon landing, the new batches of -69 cases were engraved with the “straight writing” (as opposed to the later radial one) commemorative inscription. They didn’t feature the Speedmaster name and hippocampus logo.

Just like the previous lyre lug asymmetric models (and as the later -69 as well), Huguenin Freres and Centrale Boites (CB) supplied the cases. They also featured the same differences between the two – sharper edges on the CBs, softer on the HFs.

The case design is identical to that of the 145.012. The step dial’s the same, same hands (including two different designs for the chrono hand. The spear and the new design with a square-end counterweight were used within the same reference).

I’ve heard people shouting about frankenising and replaced hands when seeing the transitional model equipped with the spear chrono hand. That confusion comes mostly from “experts” perpetuating myths by scolding people off in Speedmaster authentication threads in the forums.

That said, if someone gives you an earful of the “spear for the .012, square for the .022” sort, worry not. You’re right, they’re wrong. If the lume is evenly aged throughout all the plots, you can be reasonably sure that it’s OK.

The “transitional” model was the last to have an applied Omega logo on the dial. If you see a -68 with a painted logo, run away because it’s a service dial.

While the Omega service center often replaced the dial, it heavily detracts from the value of the somewhat uncommon -68, as that dial is a crucial feature of the reference. It’s the star of the show, if I may say so.

Incorrect DNN bezel? Not a very good idea…unless you want to first overpay, and then spend more than a grand for a replacement DON bezel. Although if the watch is priced considerably lower (not even near a DON bezel -68), it isn’t necessarily a problem, if you don’t mind that.

Also, make sure that the serial is within the 26XXXXXX-27XXXXXX range.

In 1969, the departure from the features of the earlier pre-Moons was cemented by the changes done to the reference 145.022 (concerning the -68 “transitional”).

The case and the DON bezel remained the same. “Straight writing” specimens and ones made at the end of the production period have been equipped with the DNN bezel.

The dial had some theoretically small changes done to it.

It’s still a “step” dial alright, but it features short hour markers not obscuring the chapter ring (which was also a feature of the service dials made circa 1969/1970 for other pre-Moon references), and the applied metal logo has been dropped in favor of a painted one.

Unlike the transitional -68, the -69 features only the square-end chrono hand.

Concerning the date of 1969 for this reference, it’s somewhat confusing because the first batches of the -69 were supposedly made at the end of 1968, and the last – theoretically in 1970, however, some -69s were allegedly assembled as late as 1971!

It’s still a pre-Moon (should that matter so much – to some it matters more, to some it matters less). It doesn’t have all the NASA writing on the back and is, therefore, closer to the original purpose of the watch as a driving/racing/tool chronograph.

This purpose goes nicely with the dial’s resemblance to a sports car’s dashboard instruments.

In the current vintage Speedmaster market and the recent increase in prices, they remain a fairly reasonable choice.

Michał Kolwas
A watch enthusiast from Poland. His favorite brands are Omega, Eterna, and Tissot. He loves sailing and drinking good whisky. Not at the same time.
Recommended Posts 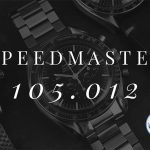 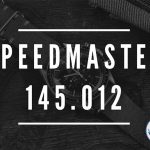