Until about three years ago, I’d little interest in watches – either modern or vintage. Then one day, I managed to break the mineral glass crystal on my cheap Pulsar and decided to browse the web for an affordable replacement.

At the time, I  was on a vintage razor collecting spree.

eBay seemed the go-to site for old watches, and despite my lack of knowledge at that point, I pulled the trigger and won a nice enough Tissot Seastar from the 1960s. I’d heard of the brand and was aware they had a long history. Other than that, I hadn’t a clue.

The watch arrived (from India !), and even my novice eye could detect a less than brilliant re-dial. The watch had the correct Tissot movement, though, and worked well enough.

I liked the idea of having a few different watches, so I decided I’d need to do a bit more research to find future buys at a reasonable price as well as being authentic. Hopefully, with a historical pedigree as well.

That is when I discovered Roamer watches.

A Brief History of Roamer

Roamer was originally one of many brands produced by Meyer & Studeli (MST), who gradually grew from being a small supplier of parts/movements to other companies before creating their range of cheaper cylinder movement watches for the mass market.

As they grew, they invested more in developing/producing their complete watches. They also bought up a company named L. Tieche-Gammeter in around 1916, which produced good quality lever escapement calibers.

By the late 1920s, MST had a large new factory and was able to produce almost all the components they required, including dials and even screws, to become a manufacture.

During the ’20s and ’30s, watches were still produced under many brand names of both  L.T.G. and M.S.T., but it was the Roamer brand that seemed to gain a reputation as it used good quality jeweled lever in-house calibres.

The Roamer brand was eventually adopted as the new company name in the early 1950s.

One of the reasons the brand attracted me was the breadth of styles of watches they produced. Very similar to the likes of bigger, slightly more expensive brands like Tissot, for example.

Many early (’20s-’40s) Roamers suffered from relatively cheaply made cases. Usually, these cases were made of chrome-plated brass, which has suffered from corrosion and wear. You may have to hold out for one in decent condition.

The movements, by contrast, seemed remarkably robust and accurate for the time.

Some parts are still available new from suppliers, and there are plenty of cheap potential donor movements around if you’re collecting on a budget.

However, from around the mid-1940s stainless steel cases are still affordable. Often in the “Waterproof” case design that Roamer used and improved over a near 30 year period.

There are a few examples of military watches issued to German forces during WWII.

The “Anfibio” range was a successful line for Roamer ich was introduced in the 1950s.

By that time, the company had also produced two automatic movement calibers as well as a calendar pointer watch and their alarm calibre watch, introduced not long after the famous Vulcain Cricket Alarm.

A small number of both chronometers and chronographs were also produced. The chronographs using non-Roamer movements, (I have one with a Valjoux 22 calibre).

By the end of the 1950s, Roamer was almost ready with their new line up of even higher quality and often slimmer movements.

The later version was used in many of the Roamer upper model ranges, such as the Stingrays, Mustangs, and Rockshells.

The Stingray dive chronographs are currently fetching reasonable prices due to both the fashion for dive and larger size watches as well as the fact that they used Valjoux calibres.

In the late 1960s, the company was still looking ahead. It produced some very modern-looking watches for the time with both electronic/conventional balance movements and one of the early affordable Swiss quartz movements.

In the mid-1970s, the original company finally stopped production of mechanical movements and after a few changes in ownership, is still in existence and operating close to their previous base in Solothurn.

Whatever your budget or preferred watch era or style, I think you may well find a watch from this still slightly “under the radar” brand that appeals.

Martin Lee is a relative newcomer to vintage watches who enjoys the history, style, and workmanship. He’s gradually trying to learn more about the technical side of watch movements.

Guest Post
This post is written by a guest contributor. The writer's info is included at the bottom of the article.
Recommended Posts
Showing 21 comments 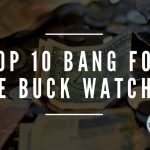 Top 10 Bang for the Buck Watches (and Brands)Collecting Watches 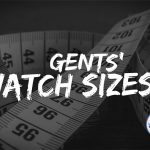