In 2020, Citizen celebrated half a century of their development of titanium watches. They’ve done this by releasing a variety of new models in their proprietary Super-Titanium alloy. The boldest of them was the Armor series, playing to the integrated bracelet sports watch trend.

However, they also decided to work around the design of a tried and tested workhorse – the CB0010 World Perpetual.

The CB0010 itself is an attractive sports watch. In its blue dial version, it’s slightly reminiscent of the Longines Conquest VHP, while the black colorway features an entirely different dial and handset.

The result is the CB0190 – a watch with a similar silhouette, and the same movement but otherwise, it’s a fresh design.

The CB0190 comes with either a black or dark blue dial. As it is with Citizen, they’ve done an excellent job. The central portion features a motif of latitude and longitude grid, while the ring surrounding it has a pattern additionally decorated with a striated surface. That alone adds a fair amount of depth to an otherwise plain dial.

The minute track adds a nice touch of color, being a „roulette” one with white and red markers. However, that roulette pattern is inconsistent with the 3 and 9 markers.

The NO is located by a red marker, so the designers apparently decided to use white by the YES, but given its position in this particular movement, the result was needing to use two consecutive white markers. Sure, it all looks somewhat strange, but there is a certain symmetry to it. You’ll notice the same right after the marker at 5, and before the one at 7. There, it has to do with the DST setting indicator located between 4 and 5.

I have to applaud Citizen for the finishing on the applied hour markers. Polished and brushed finishes give the dial of the CB0190 a lot of depth and character. So does the applied Citizen logo.

The hour and minute hands are all polished, but I haven’t noticed them disappearing into the dial as some highly polished hands tend to do on watches with black dials.

The matte white seconds hand with a red tip is both elegant and legible as well.

Speaking of legibility… The lume could be better on this one. The hands are generously filled with it, although the lume plots integrated into the outer tips of the hour markers aren’t very bright, and in quantity applied to them, that lume just doesn’t last long. It isn’t bad, but – as I mentioned – it could be improved.

The CB0190 isn’t a small watch. However, it’s unbelievably light.

The Super-Titanium does its job perfectly. The alloy is light, and the coating, 5 times harder than stainless steel, protects the scratch magnet that titanium usually is.

Citizen can be proud of this titanium case – the finishing is excellent. Crisp edges, the polishing and brushing is sharp all throughout the watch. The main bloc and case back are brushed, while the bezel and crown are polished. There’s no contrast finishing within the same part, but that works here.

The only downside I can see is that it’s a fingerprint magnet, even on the brushed surfaces. There’s no rose without thorns, as they say. In addition to being light, it’s scratch-resistant and nickel-free for those allergic to nickel. Oh, and since titanium quickly shifts in temperature, it won’t feel cold on the wrist for long on a winter’s day.

The flat sapphire crystal is equipped with an anti-reflective coating on the underside. The ARC could be slightly better, but it still provides decent legibility at different angles.

If you don’t travel between time zones a lot, the latter isn’t going to be used much, if at all. However, a perpetual calendar is perhaps the most useful complication out there. Combined with the Radio-Controlled system, which synchronizes the watch with atomic clocks around the world, it’s of the „set and forget” kind.

Obviously, the one considerable limitation of the H145 is that of every Radio-Controlled movement – the reception range.

The signal receiver can be somewhat picky about the signal strength.

Seriously, placing it on the dresser in the bedroom 30cm this or that way makes a difference in whether my two Citizen watches synchronize with the signal or not. Come on, that seriously could work better! Then again, my smartphone is picky all the same with signal reception around the house. I’m not sure what to make of that.

One issue that I have with this movement is that the calendar settings are operated with tiny, recessed pushers, which you need a toothpick to use.

It’s a fairly common solution, and because it’s a perpetual calendar, you won’t have to set it more than once every few years as long as the watch stays charged. Then again, I’d rather not have pushers sticking out in something that’s not a chronograph.

Having all the functions controlled by the crown would be ideal, but that’s just me nitpicking.

The CB0190 comes either on a black croco-embossed leather strap with a titanium buckle, or a full titanium bracelet. I went with the second option. It’s usually best to go for the bracelet, even if you’ll switch it out for something else.

Frankly, the bracelet isn’t a strength of this watch. The tolerances for the fit of the endlinks are tight, and that’s great, but not enough. The whole thing is a one-link structure, held together by pins and sleeves.

There’s nothing wrong with the pin and sleeve system, it’s just a menace to size. While I’ve handled absolute nightmares like sizing a Rado True, this one has beaten me.

The sleeves are an absolute nightmare, once a sleeve falls out of its nest in the link, putting it back is close to impossible. This is really disappointing considering the huge tolerances between the links. Although the bracelet has solid links, since it’s titanium, it’s a bit rattly.

The clasp isn’t bad, but it definitely could be improved. Since it’s stamped and not milled, it looks anything but nice when opened.

Nevertheless, it does its job well. At least it’s not a butterfly clasp – it’s a civilized fold-over one. Take a look at Citizen, watch manufacturers. That’s the way to go.

The clasp has a twin-trigger release, but at least the system locks on to a properly large pin, so you need to completely press in both pushers to open it. It’s unlikely that it’ll open when you bend your wrist. This already places it over most butterfly clasps.

I’ve certainly seen worse, but I expected more of this watch.

By the way, if you decide to ditch the bracelet, the lugs here are an even 22mm, so straps won’t be an issue.

It looks great on a variety of straps – casual and dressy leather, NATO, and sporty rubber.

How does it wear?

Well…large. At 43mm it’s not a small watch, but the hue of titanium, darker than steel, as well as the general dark tone of both dial versions of this one, prevent it from looking overbearing.

However, if your wrist isn’t wide and flat, or less than 7 inches in circumference, you might find it too large. The lug to lug is 51.5mm and since the bracelet has „male” endlinks sticking out beyond the lugs, you should try it on before buying.

However, you don’t have to worry about the weight. The titanium makes it unbelievably light. The watch occupies quite a bit of space on the wrist, as you can see. It won’t feel like that, however. That is, unless it sticks out beyond your wrist and catches threads of your sweater.

The Citizen Elegant CB0190 is a really cool, reliable, and basically worry-free watch. It’s a grab-and-go piece. All you need to do is keep it charged by exposing it to enough daylight.

A few things could have been done better. Especially the bracelet. The lume by the hour markers too, but I don’t mind it all that much.

In terms of value for money, this is a great choice. You’re getting really nicely finished titanium, secured against the only flaw of titanium, which is its tendency to scratch easily.

The style is versatile as well. You can wear it to the beach on a holiday, with smart casual clothes, and with a suit. I wouldn’t recommend it for a black tie event, but it’ll work for an office.

Unless you have a habit of wrecking anything that isn’t a G-Shock, it should handle most things you can throw at it. I’d wear this one with confidence just about everywhere, and that’s all that’s really required of an all-rounder.

The CB0190 retails for 499 euros in all versions. For that price, you’re getting a really good and versatile watch for all seasons. 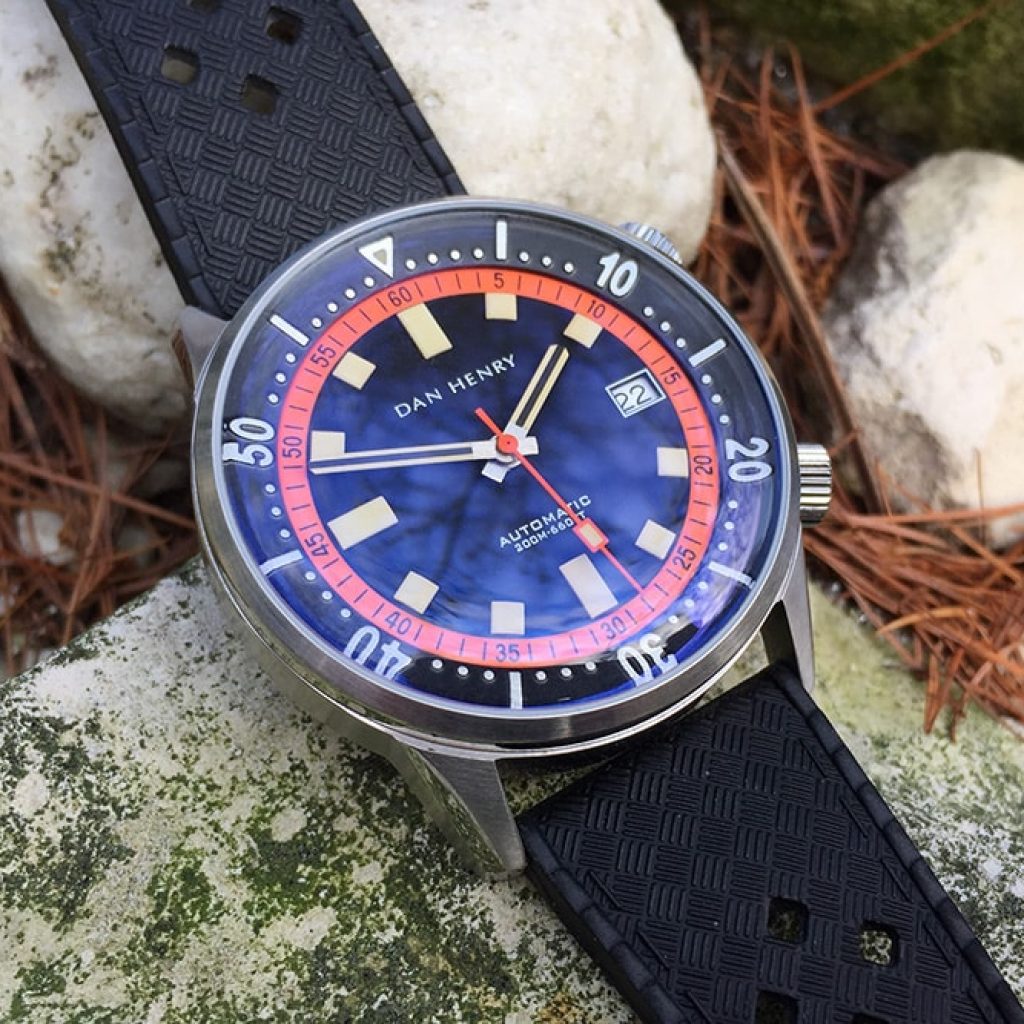 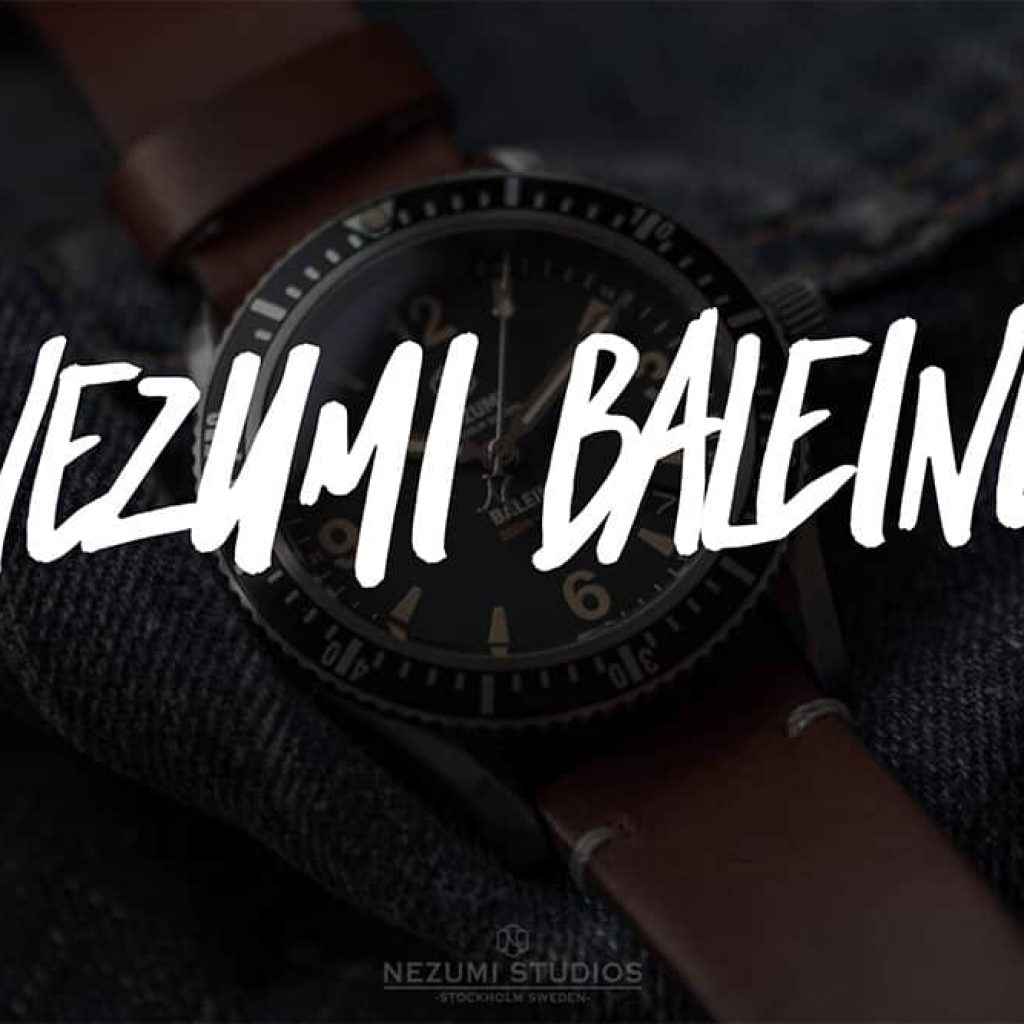