FAQ: What Is Anti-Reflective Coating on a Watch Crystal?

In the technical specifications of modern watches, we often see the term “anti-reflective coating” or “AR coating”. Have you ever wondered what it is? In this article of the series, in which we answer the frequently asked questions, we’ll do our best to explain it.

John William Strutt, 3rd Baron Rayleigh, introduced the concept of an anti-reflective coating in 1886. The original observation was that slightly tarnished glass conducts light better than glass that’s entirely new. These observations have found their way to many areas of optics, where the reflective qualities of glass influence the performance of a lens.

The compounds used vary. However, it’s a transparent layer of coating on a lens of any kind. Currently, the substance is applied to the crystals with the PVD (physical vapor deposition) method. The idea is to improve the readability or performance in any other aspect, while not compromising the clarity of the glass.

One of the first uses for AR coating was in photography. It was and is used in camera lenses to make them more versatile in various lighting. Next, it has made its way to glasses, binoculars, and eventually telescopic gun sights.

But what about watches?

AR coating was only introduced to watches with the more general use of sapphire crystals. On a hesalite one, it would make little sense. Hesalite itself is not very reflective, so a watch with a hesalite crystal is readable at a variety of angles.

While it’s usually applied to sapphire crystals, there are examples of it being used on mineral ones as well – notably by Dan Henry.

You can easily see the presence of AR coating at certain angles. A crystal with ARC will usually have a certain tint to it – these vary in color. Most commonly, it’s blue-ish. However, there are crystals with a more purple-ish hue. Suppliers of aftermarket crystals offer them with different colors, from fairly light blue to intense purple. It’s especially common in crystals for Seiko dive watches. Many owners of these want to replace the original (and not very tough) Hardlex crystal with a sapphire one. In this particular situation, a choice of color is an extra opportunity to personalize the watch.

As is the case with any coating, AR coating is also sensitive to wear and tear. Crystals are usually coated in two different ways.

The first way is a coating on both sides. While this is the best way to reduce the glare and improve the readability, it compromises the whole point of using a sapphire crystal. The thing with sapphire is that it’s meant to be a scratch-resistant material. Meanwhile, with ARC on the outside, it’ll scratch. And it doesn’t take much to get it scratched. Removing the scratches will come at the cost of removing most, if not all, of the outer ARC. The only other options of dealing with scratches on such a crystal are either living with them or replacing the crystal.

The second way is a coating on the underside of the crystal. Although it’s not as effective in reducing the glare as a coating on both sides, it allows the sapphire crystal to do its job of being resistant to scratches.

The third way would be coating on the outside only. However, this makes little sense. It wouldn’t counterbalance the lack of scratch resistance with great anti-reflective qualities. Frankly, I haven’t seen that being used in any watch, although it’s possible that I’ve missed it, and it’s a thing.

What do you think of AR coating on watch crystals? Let me know in the comments below.

Michał Kolwas
A watch enthusiast from Poland. His favorite brands are Omega, Eterna, and Tissot. He loves sailing and drinking good whisky. Not at the same time.
Recent Posts
Showing 2 comments 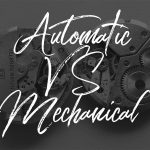 FAQ: What’s the Difference Between an Automatic and a Mechanical Watch?FAQ 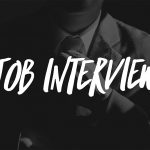 What Watch to Wear to a Job InterviewFAQ