What’s the Deal with Tre and Sei Tacche?

If you browse forums, and perhaps also Instagram, you have surely noticed a number of vintage watches described as tre tacche or sei tacche. While Italian nicknames for watches seem to be wildly popular these days, I must confess that I’m not that excited.

Instead, they come across as mere labels, intended as a tool of hype. I’ve covered labels here.

The Italian word “tacche” means nothing else than…wrench notches in the case back. Screw-in backs finally gained a foothold in the market in the 1930s.

Obviously, various manufacturers have used different types of slots for the wrench used to open and close the back. Oyster case backs had a knurled edge, except for the ones made for Panerai. Taubert Freres settled on a dodecagonal faceted back. And so on.

Soon, the most widespread type of screw-in backs had a set of ordinary notches, intended for a simple two-point or three-point wrench.

The case backs with three wrench notches had their heyday from the late 1930s to mid-1940s.

The three notches seem to be an obsession of Longines collectors. Indeed, Longines did use the three-notch backs and did so in watches ranging from simple to fancy, and from fairly small to oversized. This includes sweep-second time-only watches, sub-second ones, chronographs, etc.

Still, you can find three-notch backs in watches by a variety of brands, notably Eterna and Universal Geneve.

This simply means six notches. This is the most widespread arrangement in terms of the means of opening the case back.

Frankly, this isn’t a feature that deserves much of a highlight. It’s the most common type of screw-down case back. I’m always amazed by listings, where it’s advertised as something rare. In fact, it’s a bit like trying to sell sand in the Sahara as supposedly rare.

When it comes to the origin of both nicknames, tre and sei tacche, they’re Italian descriptions of the number of case back notches. It doesn’t mean much one way or another.

Three-notch backs are less common, but I wouldn’t call them uncommon, let alone rare. Longines (and not only Longines) watches with three-notch backs surface more than often. There are some stunning watches among them, sure. But that has everything to do with the overall design and the amazing dials and little to do with how many notches the case back has.

There are myths that take a lot of effort to bust. This one takes little more than a dictionary.

What do you think about tre and sei tacche? Let me know in the comments below. 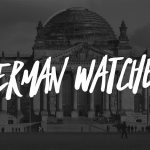 All You Need to Know About German WatchesCollecting Watches 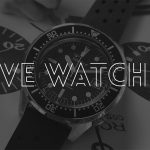