What Is a GMT Watch and How Do You Use It?

As far as watch complications go, a lot of them are reminders of earlier times. They were seen as novelties at the time, but they’ve since become obsolete. Some of them are even entirely pointless (I’m looking at you, moon phase).

Watchmakers still use them because they’ve become part of the design.

The GMT complication, however, is still very useful to display two separate time zones at once.

Not only does this come in handy for people who travel a lot, but it also looks badass.

So, what is a GMT watch, and how do you use it?

In 1884, Greenwich England was declared as the “Mean Time.” This was the standard time against which all other time zones on earth would be compared to.

In the early days of aviation, pilots needed to know GMT for navigation and communication, no matter what the local time was.

That’s why Pan-am approached Rolex to build a watch for their pilots that could keep track of two separate time zones.

Rolex launched the GMT-Master in 1954. It had a prominent GMT hand that you could use to instantly see what the GMT was (in combination with the 24-hour bezel).

The term GMT is still being used today, although it was mostly replaced by UTC (Universal Time Coordinated). The military uses UTC as standard time as well, but they call it “Zulu” time.

How does a GMT watch work?

Let’s say you’re traveling to New York. Time in New York is GMT -4, so you’ll need to rotate the bezel four clicks to the right.

Notice that it’s straightforward to tell AM from PM. Not only because of the 24-hour bezel but also because of the colors. In the traditional “Pepsi” GMT bezel, red was used for daytime and blue for nighttime.

On the GMT Master II, blue is daytime, and black is nighttime.

Of course, you don’t have to set the GMT hand to GMT. You can use it to track any second time zone you want.

If you set the GMT hand to your local time, you can track a different time zone in relation to it.

Let’s say you’re going on a business trip to Tokyo, and you know that time in Tokyo is your local time + 7 hours. Just rotate the bezel seven clicks to the left, and the GMT hand in combination with the 24-hour bezel tells the time in Tokyo.

You can also use the GMT hand to always tell the time back home and use the quick-set for the hour hand to set local time when you arrive in a different time zone.

As you can see, there are a few ways to use the GMT complication. I suppose it’s a matter of preference and whatever you’re used to. Your watch, your rules!

Do you have a GMT watch? Would you like to add one to your collection? Let me know in the comments down below. 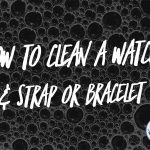 How to Clean a Watch & Strap or BraceletTutorials, Watch Basics 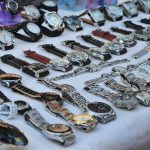 How To Spot A Fake Omega – 5 Quick TipsCollecting Watches, Tutorials