If it’s a vintage-style diver, it’s even more fun.

This time, I’m having a good time reviewing the Selhor Diver 05, a great reinterpretation of 1960s-1970s designs by the brand.

A bit of history

Selhor was a French company, founded in 1947 in Maiche. That’s the area where the vast majority of French watch manufacturers were based. In and around Besancon, by the Swiss border. It specialized in sports/tool watches, in which respect it’s not that far off from Yema and the likes of it.

The original brand has disappeared in the 1970s. Like many others, it was probably wiped out by the Quartz Crisis. The current brand is a revival of the name, as part of the Montrichard Group.

Where are they made?

Well…not France. The watch was sent to me from Hong Kong, where I assume the watches are made, with movements from Switzerland and Japan. Frankly, that doesn’t matter to me all that much.

What I care about is whether or not it’s well-made. And this one certainly feels well-made.

The Watch in Question

Selhor offers the Diver 05 in five dial versions – black, brown, white, green and blue– and either on a steel bracelet or a vintage-style leather strap.

My choice was a black dial and a leather strap. Part of me wishes that I went for the version on a bracelet. However, I already have a heavy tool watch on a bracelet, and the combo of this one and a strap looks very appealing.

The box that this watch came in really looks and feels nice. In a way, it has a vintage vibe to it. There’s nothing about it that’d feel perfunctory, excessive, or faulty. There are a lot of long-established brands that don’t get the box even nearly as right.

The steel case of the Diver 05 measures 42mm, and 49mm lug to lug. That sounds relatively close to my Citizen Promaster Sky CB5860-86E. However, the Diver 05 is a slim (10.8 mm) and pretty light watch, and so these dimensions can hardly be felt at all. The case back has a slight step to it, but it sits on the wrist nicely, evenly distributing the weight of the watch.

The top surface is brushed, while the rest is all polished. The edges between the contrasting finishes are nicely done. I really like the slim profile and silhouette of the case. Especially the shape of the crown guards – they seem to really add some sleekness to it.

In a manner similar to other vintage-inspired dive watches or reissues, this one has a diver-themed case back ornament, an antique diver’s helmet. The raised contours are polished, on a sandblasted background. The ornament is surrounded by info markings. Looking at the serial number, that’d be only the 41st of these watches made. That’s very early in production.

The crown is – as that of any dive watch should – a screw-down one. Frankly, the way the crown assembly works is the only part that could be done better in this watch. The crown spring seems slightly too soft, and that seems to cause a problem with the force that the piston exerts on the stem.

In other words, it seems to be insufficient to break the resistance of the keyless works and re-engage the movement after setting.

It takes a tap on the crown rather than pressing it to switch back from the set position. Could be something about the piston itself, though. I’d suggest using a stronger crown spring or some revisions to the design of the screw-down crown assembly.

The watch is quartz, so, it’s not much of an issue to me. I don’t travel that much, so I can’t recall when I had to switch to another time zone last. So, I’ll need to set it…what, two times a year? I’m fine with that.

The case is topped with a flat mineral crystal. Much like in the Dan Henry 1970, the crystal has a layer of sapphire coating on top, so you’re still getting more than decent protection from scratches.

As you’d expect of a dive watch, the Diver 05 has a 120-click unidirectional bezel. In the case of this watch, it surprised me positively in two ways. What the technical specification doesn’t mention is that the scale in the aluminum insert is fully lumed. This is great, in addition to it being fully indexed, and very legible at that.

The second nice surprise is how it works. It doesn’t take a lot of effort to turn. What I really love about it is that it hardly has any play, any wobble, if at all. I’ve seen a fair share of watches from brands positioned far higher up the reputation and price ladder, which don’t get even close to this one.

Here, the Diver 05 scores well above my expectations.

Now we’re moving to the real star of the show. It’d be really hard not to love that dial. The surface is, as per the Selhor website, sandblasted. However, I’d call it more of an asphalt texture? Tarmac? It has a lovely industrial – or utility – look to it.

Every single feature – the text, the scales – is raised and done in glossy white, providing really great contrast to the aforementioned base finish. This gives the dial a wonderful three-dimensional appearance, while maintaining its legibility. That’s the second point where this one goes well above what I’d have expected of this watch.

I’m not sure if there’s any practical purpose to the small, square dots above the minute track between every two hour markers. Even if there isn’t, they make the dial more lively, and the way I see it, they don’t detract from its legibility in any way.

The hands are steel, all polished. The overall style looks like ordinary ”pencil” hands, with the exception of the arrow end of the minute hand. That’s very much in line with the style of 1970s dive watches, which often had the minute hand designed to really stand out, to enhance legibility during a dive.

The lume isn’t particularly great, but that’s to be expected of any lume tinted to imitate the looks of aged radium or tritium.

It doesn’t beat the Lumibrite in my Seiko 5, or the white Super-LumiNova in my Citizen Promaster Sky. However, it works well enough, and I can’t have any complaints here.

Without any artificial light, when the eyes get accustomed to the dark, the lume in the Diver 05 emits enough of a glow for the watch to remain legible. In low light conditions, say, behind the wheel with streetlamps and the glow of the dashboard and the headlamps as the only source of light, I could still tell the time at a glance. This is all I ask of a tool watch, really.

At times, I wonder if I should have gone for the version on a steel bracelet. After all, it usually makes more sense to get that, and then accessorize with straps.

The stock leather strap that it’s delivered on is great. While it’s a thick strap, it’s really supple.

I really like the finish. I’m not sure if it can be called suede, but it’s pretty close to that. The stock band is equipped with quick-release spring bars, so if you don’t want to abuse the stock strap and want to put it on anything else, it takes just a moment to do so.

A quartz movement in a 1970s-style dive watch might be a no-no to some. Well, not to me. I enjoy having some quartz in my collection. A good-looking watch that’s always at the ready is a convenient thing to have.

Some will say that if it’s quartz, it has no soul. Then again, most of them would probably sell their own soul for a Rolex Oysterquartz, or even any tuning fork.

The Diver 05 is powered by the Swiss-made Ronda 763. It’s pretty much your token workhorse movement.

Ronda claims a battery life of 40 months for this one, which – the way I see it – is more than decent. The 763 is equipped with EOL (End Of Life indicator), so the seconds hand jumping in longer intervals will alert you of the battery running out.

No bells and whistles here, but it’s reliable, and it gets the job done.

I’m really pleased with the Diver 05. While there’s one thing that I’d like to see improved, the crown assembly, it doesn’t feel like there’s anything about this watch that I’d be particularly critical of.

The quality of the finishing is great. The bezel works like a charm. The dial’s absolutely lovely.

Sure, I’ve done some nitpicking in my assessment of the watch. However, my overall impressions are overwhelmingly positive.

It feels like a great grab-and-go casual piece for everyday wear with a casual outfit. It’ll do well as a weekend watch. All the same, I’d take it on any seaside vacation or sailing. It’s the kind of watch that I’d be delighted to take on an adventure.

All versions of the Diver 05 retail for $240, available directly via Selhor’s webshop. Great bang for the buck! 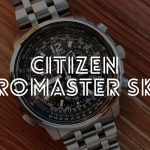 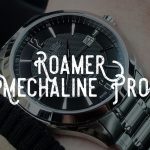