Unlike previous reviews, this one took a bit longer. This is a good thing because I could test the straps for a longer period.

Fluco has been around since 1952, and thus for almost 70 years now. It’s no large manufacture, but they’re known and liked by the watch community.

This page contains affiliate links. That means that we earn a little extra cash if you decide to buy something through our links (at no extra cost to you). Thanks for your support.

Let’s start with what’s probably the best strap of the ones up for review. In fact, not only the best of these – it’s one of the best leather straps I’ve had. While ostrich straps tend to be of the dressier kind, this is anything but. I wouldn’t consider pairing any dress watch with it. It would just seem out of place.

The strap is thick. Not the bark-like, shear cut thing with two decorative seams that you often see as the aftermarket pick for a Speedmaster Pro or vintage dive watch. The construction is quite classic, with a single line of stitching and soft calfskin lining.

The ostrich leather on top is not the “dress” thing and looks far better paired with a more practical watch and a leather jacket.
I’ve used this strap on my Sea-Gull 1963 Chronograph since last summer, and it’s a great combo.

Initially, I expected it to give me a hard time. The leather seemed to be stiff. Instead, it took it less than a week to adjust to the wrist.

The free loop stays in its place. This is quite a relief because most straps I had needed to have the free loop removed immediately. It served no purpose whatsoever, perhaps except annoying me.

It has this great, casual appearance. It feels as robust as a leather strap can. The surface, the lining, the stitching, and the side finishing are all well above my expectations.

This Montana goatskin strap is slightly different. The style is instantly recognizable. It’s the 1940s-1950s style that’s currently very popular. No wonder why – the style is somewhat vintage, somewhere between casual and dressy. It’s not an exact copy of any dominant style of strap from the times mentioned above, but the vibe will make it work just fine with any watch from back then.

I’ve paired this one with my 1948 Zenith. At least, in my opinion, this works.

The quality is mostly the same as the ostrich strap. It has an enjoyable surface finish and stitching, smooth sides, and a comfortable lining.

The strap is supple. Perhaps not the most supple thing I’ve handled, but it’s surely close to that. The free loop didn’t give me a hard time, so I’ve decided to keep it on.

It’s a well made, versatile band. It’ll look great with anything – from a 1940s Bauhaus-style dress watch or an art deco rectangular timepiece to a Rolex Explorer or the Speedy Pro.

I had the chance to check out two of these – dark blue and burgundy. Here’s the cool thing – the lug ends are slightly wider than the 18 mm they were supposed to be. After all, lug widths aren’t always so obvious. A watch could have 18 mm lugs in the specs, while the actual lug width will be 17.8 or 18.3 mm. The excess material nicely folds in—no wrinkling on the surface.

Thanks to that extra width, I’ve been able to use this dark blue strap on my 1975 Omega De Ville, which happens to have 19 mm (though not a full 19) lugs.

Since the watch was likely intended for a longer band, I had to remove the redundant free loop.

I’ve decided to pair the burgundy strap with my 1940s DuBois watch. The gold-ish dial seemed to match well with that color.

Ultimately, it landed on my 1952 Eterna.

I know that burgundy is usually paired with gold plated or solid gold cases. However, matching it to a gold-ish dial and a steel or chrome-plated case isn’t wrong.

The straps are both supple, perhaps even more so than the goatskin. The finishing, however, is a different story.

The free loop doesn’t fly around, but it’s also not too keen on staying in place. Still, this is not the biggest problem. This is:

I don’t know how a strap with that much of a ridiculous flop can go through QC unnoticed. I mean… come on. This is quite a disappointment. The ostrich band is excellent. The goatskin strap is cool, which along with the ostrich one goes into the top 5 of leather straps I’ve had. And then, there’s this travesty. Considering the overall quality shown by Fluco so far, I suppose it’s more of a one-off flop.

This pigskin strap from Fluco comes in a few color versions. The version here is dark brown. As far as pigskin goes, that color is more common in pigskin jackets than straps, but it sure works as a pigskin strap color option.

The feel of the strap is similar to the Graf Piggy strap. Just like the Graf Piggy, it’ll give you three to four days of squeezing the sides of your wrist before breaking in. But after these three days, it’s similarly comfortable.

As a matter of fact, in terms of the surface finish and stitching, this one’s superior to Graf’s pigskin band. Where it loses out to Graf, however, is the free loop. If you pair it with a vintage watch with a relatively short lug to lug distance, the loop will fly around. And that’s on a 6.75 wrist. On a larger wrist, with a 33-35 mm vintage watch, there’ll hardly be any strap sticking out of the fixed loop. That said, the free loop on this one just had to go.

Still, I think this would be a nice strap for a 38-40 mm field-style watch with long lugs. This strap doesn’t taper, so I’m reluctant to suggest it for any dress watch. Perhaps an Art-Deco “tank” case one would work with it, if it’s one with a relatively long case, and if it has a more sporty dial.

For the test, I’ve paired it with an Alpina bumper automatic from the 1950s. The watch is dressy, but the strap works just fine with the beefy, waterproof “Vacuum” case by Taubert Freres SA.

I’m torn about the overall quality of Fluco. The ostrich strap is one of the best straps I ever had. The Montana goatskin strap is excellent. But then there’s the inexcusable quality control flop with the burgundy Record. And also the free loop on the pigskin, which would have driven me loopy if I wouldn’t have removed it.

So, would I recommend them? The ostrich and the Montana goatskin? Definitely. They’re great.

The Record and the pigskin? Let me put it this way: removing the free loop from the pigskin doesn’t bother me. Free loops on straps annoy me on principle. There are very, very few straps on which they don’t.

The QC issue with the burgundy Record is the only thing that leaves a foul aftertaste. Fortunately, the ostrich and the goatskin strap compensated for that by being well above my expectations.

Do you have any Fluco straps? What do you think of them? Let me know in the comments below.

Michał Kolwas
A watch enthusiast from Poland. His favorite brands are Omega, Eterna, and Tissot. He loves sailing and drinking good whisky. Not at the same time.
Recommended Posts
Showing 4 comments 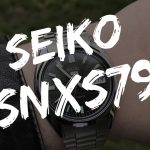 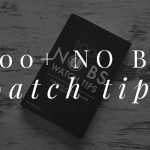