FAQ: What’s the Difference Between an Automatic and a Mechanical Watch?

This is another article in the series in which we answer the questions that frequently come up in search engines or watch forums.

Let’s start at the beginning.

What is a mechanical watch?

People often consider “mechanical” as synonymous with “manually wound.” This is wrong.

Manufacturers’ vocabulary doesn’t help clear that out, either. I wonder how much it contributes to the confusion. For example, Hamilton calls the manually wound Khaki Field the “Khaki Field Mechanical,” but they don’t call the automatic models the same.

The truth is that this is purely a matter of marketing. “Hand-winding” or “manually wound” doesn’t look good on a dial. And, it sounds anything but catchy.

These movements have their mainspring wound by hand, as the name suggests. This is either done by attaching a winding key to the winding arbor on the mainspring barrel (key wound and set pocket watches), or by a stem, connected to the ratchet wheel turning the mainspring barrel via the crown wheel or transmission wheel.

Automatic, or self-winding watches, are mechanical. The fact that they can or can’t be wound manually doesn’t matter.

The winding system consists of an oscillating mass (rotor or hammer) moving around with the movements of the wearer’s hand. That movement is transferred by the winding gear to the mainspring barrel, turning it, and thus winding the mainspring inside it. No electricity? Check. Mechanical? Check.

An electric or electronic watch draws its power from an electric battery. The battery can be rechargeable or not.

Either it’s necessary to replace it now and then, or the watch has some means of recharging it. Solar cells in the dial, an oscillating mass (rotor) acting as a dynamo, etc. To put it shortly, it uses electricity instead of an assembly using kinetic energy.

Of course, there are various “hybrids” of these concepts. For example, the Seiko Spring Drive. Although it’s powered by a mainspring, instead of a balance it has an oscillator powered by electricity. No battery, just one component holding a small charge that keeps the oscillator running. This charge is replenished by the conversion of energy from the mainspring into electricity.

Is it an electric watch, though? Yes and no. Is it mechanical? Yes and no. In theory, the power source relies on kinetic energy from the mainspring, part of which energy is converted into electric energy. Some things are difficult to explain, let alone categorize them. “Hybrid” is the simplest way to call it.

There are two basic “splits” of watch types regarding how a watch is powered.

Are there any other common confusions you’d like to see explained? Let me know in the comments below. 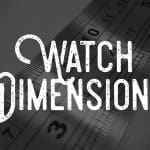 FAQ: Watch Dimensions, and What Do They Mean?FAQ 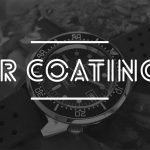 FAQ: What Is Anti-Reflective Coating on a Watch Crystal?FAQ