FAQ: What Determines the Condition of a Watch?

One of the most asked questions on watch forums is: “what do you guys think about this watch?”

Generally, watch geeks have so much fun evaluating watches that it doesn’t even need to be asked. The community will answer it anyway.

But how do you determine the condition of a watch?

Since dials are the hardest – and usually impossible – parts to source, you want to be able to tell if a dial is all good. Identifying redials is one thing, evaluating the condition is another.

There’s a fine line between patina and damage. Patina is usually appreciated by collectors, but if it reaches a certain point, it turns into damage. Dark, greenish residue, spots where paint has cracked and falls off, leaving bare metal visible, etc. You don’t want to have one of these.

Damage has the unfortunate tendency to get worse over time. Besides, the damage described usually has a lot to do with humidity. A dial in bad condition often tells you, that even if a watch hasn’t been flooded, it’s been kept in conditions that affect the movement as well.

If you buy a watch with all the signs of water-induced damage without movement pictures, the movement likely has as much rust on it as a 1990s Honda Civic (read: a lot).

“I think it’s a bargain, but the crystal’s so battered that I can’t see the dial!”

In this situation, it seems fitting to quote one of the icons of one-liners, Inspector Harry Callahan aka Dirty Harry: “You’ve got to ask yourself a question: do I feel lucky?” Well, do you?

If you’re risking just a few dozen euro/bucks/quid/whatever at a flea market or on eBay, you might end up with either a bargain or a basket case.

To say that appearances can deceive is a massive understatement in this case. Very few sellers/shops offer fully serviced watches. In all other places, it’s a matter of pure luck.

If a movement has traces of rust, damage to the finishing on the bridges, it’s an obvious no-no.

Grease and filth aren’t necessarily a deal-breaker. Then again, it all depends on how much you’re willing to risk, and you’ll have to factor in the cost of a service. A service is a best-case scenario.

A movement can appear clean, but it can hide horrible flaws — worn parts, or worse, nasty surprises like rusty screws stuck in the base plate.

Here comes the worst part: you won’t notice it in the pictures, not even if you inspect the watch.

If the claims of NOS condition are correct (and they rarely are), the movement will need servicing if you intend to wear the watch. That’s because a true NOS watch still has the same oils that it left the factory with. This means that it’s almost as if they weren’t there since, after decades, they’re useless. Most modern oils and greases have a shelf-life of ca seven years.

This is different for cases made from a single metal (gold, silver, steel, nickel), and plated base metal ones.

In the case of plated cases, heavy brassing is generally a no-no. Usually, just a tiny bit of wear is inevitable in a watch 60-70 years old. Someone has been wearing it, knocked it against this or that a few times.

Keep in mind, that the deterioration of a case with some wear to it will continue. Don’t worry, if it’s going to be one of 10-20 watches in your collection, it’s likely going to outlive you. Well, if the plating is of good quality, that is. I can’t say that of plated cases in certain brands. For example, Doxa was known for nice dials, modified generic movements, and low-quality plating.

Of course, plated cases can be replated, but this takes away from the value of a watch. Also, it’s rarely done right.

Steel and gold cases are a different story. The worst that you can encounter are overpolished cases or ones with heavy pitting and deep scratches. Yes, this can be fixed, although a pro restoration will hurt your wallet. Oh, and yes, it’ll take away from the value of a watch all the same.

Checking the authenticity of case finishing is one of the harder things to do. Essentially, if the typical signs of polishing aren’t present, you need to check how the watch compares to other specimens of the same thing. This takes finding other examples of it first.

The usual signs are blunt edges on the lugs, often uneven. But what if a case had all the edges blunt and rounded from the start? Well, go figure…

Unless you’re dealing with a trench watch with wire lugs, this is an absolute deal-breaker.

A wire lug on a gold or silver case can be fixed by a jeweler.

Lugs on standard cases theoretically can be fixed by a case restorer. However, unless you’re dealing with a very collectible watch, it’s not worth it in monetary terms.

This matters a lot if you’re buying a watch with an integrated bracelet.

Vintage bracelets usually were more “rattly” than modern solid link ones. Still, you don’t want a badly stretched one. First of all, it won’t feel solid. Second, it can pinch hair on your wrist even more than it did when new. Besides, few craftspeople can restore a bracelet concerning eliminating the stretch. It’s possible, yes, but hard to come by. It’s also costly.

Also, there’s plenty of watches, where the original bracelet contributes heavily to the price. That’s due to the fact that the bracelet alone is often collectible. “Beads of rice” bracelets by Gay Freres, Jubilee and Oyster bracelets on Rolexes and Tudors, you name it. Do you want one that won’t be comfortable on the wrist?

Always look carefully at the photos, and compare some specimens to check the spacing between links. This will give you a specific idea of how far the stretch has progressed in a particular example.

Best avoid plated or gold-filled bracelets with any damage to the plating.

This point can also be split into two categories, authenticity and technical condition.

There are, of course, exceptions – for example, the tritium lume used by Rolex since the early 1960s can remain slightly pale, especially in “drawer queen” specimens.

Gray-ish green lume, combined with a tarnished dial, can suggest that humidity made its way into the case (applies to tritium and radium alike).

In case of watches with different aging to the lume on the hands and dial, things aren’t that obvious. It’s necessary to check if that’s consistent with other specimens of the same watch. It can mean that the hands were relumed. However, it may be, that the thickness of the layer of lume influences the way it ages.

Always compare the watch to other specimens that you can find online. This will tell you a lot about the consistency of lume application quality and patterns of aging.

Best avoid watches with lume cracking and falling off the hands. As it is with damage in watches, this will continue happening. Of course, that’s unless you plan to put the watch on display. However, a watch with missing lume hardly makes an excellent specimen to be placed in a display case.

All in all, even one or two of the mentioned “no-no’s” can disqualify a watch.

Not that it’s not possible to fix it, it often is. The question is whether you want to have a watch that needed massive restoration, or one that has been taken good care of from the start. This excludes dial disasters; I’d never give a “green light” to one of these.

Specific signs of wear are always reassuring. They mean that the watch is less likely to have been tampered with. However, never take just the patina and signs of wear as proof of authenticity. They aren’t that. For example, old and patinated redials do exist.

If you want to be safe from bad specimens, avoid the ones where you see an issue other than a scratched crystal and a dirty case.

“Ahhh, that’s nothing, it’s fixable” can easily turn into “aaarghhh, why can’t it be fixed?” That’s a scenario you want to avoid at all cost.

Do you have minimal requirements for the condition of a watch? Let me know in the comments below.

All You Need to Know About French WatchesCollecting Watches 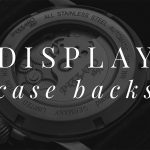