Is 1947, Thor Heyerdahl and five crew members set out on a journey from South America to Polynesia on a wooden raft. They set out to prove the possibility of contact between the civilizations of the two regions in ancient times.

The name of the raft was KonTiki.

Crew members of the KonTiki supposedly wore Eterna watches. A reasonable choice, as for what it’s worth, Eterna was one of the few brands that managed to get just about everything right, waterproof cases included.

Strangely, it’s unknown if Heyerdahl himself was wearing an Eterna. The watch on museum display, labeled as the “expedition’s chronometer” (well, hardly a chronometer as such) is…a military issued Longines COSD “Tuna Can.” Longines made them for British paratroopers during World War II.

Nobody knows what a British milwatch was doing on the wrist of a Norwegian explorer. Very likely, he bought it as a military surplus. Many milwatches were decommissioned and sold after the war.

Anyway, Longines didn’t make it into the history books as the brand of the watches worn by the KonTiki crew. Eterna, however, did.

So, What did the KonTiki Crew Wear?

It’s safe to assume, that the crew’s Eterna watches were either hand-wound or bumper automatic pieces in cases with a screw-down back and a hermetic crown.

Eterna used several case designs for their waterproof models. Notably, Eterna has used “Clamshell” cases designed by Gallet, although that was only for a short period in the 1930s. In the very same decade, Eterna tried to introduce their model with a screw-down crown, and although some specimens of that did make it to the clients, they didn’t sell many.

Instead, Eterna has focused on what formed the basis of most waterproof cases from the period – a reliable, screw-down back, and a non-screw-down hermetic crown. And they managed to get it right.

With their tall, threaded “collar,” the case backs (with either three or six wrench notches) on these were very reliable. The Eterna waterproof cases, although they look sleek, feel reasonably chunky. Except for the more “rounded” cases used for the bumper automatics, they had a distinctive design with a “step” under the bottom line of the flank, unintentionally showcasing the space taken by the threading of the case back’s collar inside the case.

The Origin of the Species

In 1958, 11 years after the expedition, Eterna decided to celebrate its involvement with a new sports model – the Eterna KonTiki.

The cornerstone of the KonTiki was a new case design, credited in the reference system as “super-waterproof,” represented by the letter code TT. The dial was lumed with radium, as were the oversized and highly legible triangular hour markers, and the large hands.

Dozens of brands relentlessly copied the design in the following decades, and they still do (now and then) until this very day.

If you’ve ever seen watches with lume-filled triangular markers with raised steel numerals in them, and you didn’t know where they come from…that would be the Eterna KonTiki.

I can hear you shout: “Wait! What about the Zodiac Seawolf?! It also had the same style of markers…?!”

In theory, Zodiac introduced the Seawolf in 1953. In reality, it doesn’t appear that there were any Seawolf models made earlier than the Eterna KonTiki that had that style of dial. Original adverts for Zodiac Seawolf diver watches with triangular markers date to the 1960s.

However, what about a casual, non-diver KonTiki 20 with luminous stick hands and a flat dial? Yup, it would have been a ref. 130 FTT as well!

This is a reference number mess. Eterna’s system was set on pointing to the characteristics of the watch. Two watches could have been radically different, but if the same features were selected as the ones defining the model, the same reference number was assigned to them.

Note that the reference doesn’t apply to any case/calibre combination, and in authentication, it’s useless for pieces made until the early 1950s.

With later Eternas, with the reference stamped on the inner side of the case back, this can be telling because the first digit indicates the case material. If you see a reference starting with a “1” on a plated piece, run away.

The main sub-collection of the Eterna KonTiki line was the Super KonTiki, a series of diver models with rotating bezels.

In the 1960s, the two most popular models (both ref. 130 FTT) were the standard version and a slightly less common variant with a decompression bezel.

Its case had more of a C-shape, and the handset became even more suited for the needs of divers rather than for everyday wear. An almost comically tiny hour hand, a fat minute hand, and a thick one for the seconds.

Theoretically useless to the average watch owner, but the design provided excellent legibility in terms of what matters during a dive.

What to Watch out For?

As pretty much all mechanical KonTikis were automatic, the dials on these were signed Eterna-Matic. Just like all automatic Eternas after the introduction of the Eterna-Matic ball bearing system and Eterna’s in-house rotor automatic movements with the same system.

“Eterna” only on a vintage KonTiki is a guarantee that it’s a redial.

It’s also worth noting that specimens with “Swiss Made” instead of “Swiss” marking at 6 o’clock are a no-no as well. Since the very beginning, Eterna marked the dials with the country of origin, and the three inscriptions they used were “Fab. Suisse”, “Fabrique en Suisse,” and “Swiss.”

Early Eterna KonTiki watches are highly collectible, and so are the Super KonTiki divers. This, unfortunately, means that the prices of these are nothing short of insane. However, you can find the KonTiki 20 for decent money.

Eterna brought back the original KonTiki dial design more than ten years ago, and these models are still in production. The 42mm case might not suit every wrist, though.

The current models are powered by the Sellita SW-200, a clone of the ETA 2824. Some might not like it, but then again, the ETA 2824 started its life as an in-house Eterna movement.

The modern KonTikis, like most of the current Eterna line-up, lose value quickly, which means that you can find them at reasonable (compared to the MSRPs) prices on the gray market.

All in all, an Eterna KonTiki – vintage or modern – is an excellent choice for just about every collector because there’s an option for every wallet.

Do you have an Eterna KonTiki in your collection, or would you like to add one? Let me know in the comments below.

Michał Kolwas
A watch enthusiast from Poland. His favorite brands are Omega, Eterna, and Tissot. He loves sailing and drinking good whisky. Not at the same time.
Recent Posts
Showing 5 comments 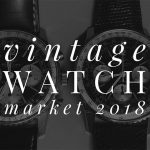 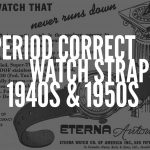