Service: Türler With An MST 360 Movement

This is one of Michał’s watches. A 1948 Roamer with an MST 360 movement with a signed Türler dial.

The MST 360 is an unusual movement:

Türler still exists (Zürich – Switzerland) and is one of the oldest privately owned businesses in the watch retail and jewellery trade.

It had suddenly stopped running and would wind forever without building up resistance and the lume in the minute hand was severely damaged. A chunk of it was actually missing.

Remove all power from the mainspring as usual. Move the click away from the ratchet wheel and slowly let the crown slip between your thumb and index finger.

Remove the balance assembly, the pallet cock, and the pallets. I always store them upside down in a tray underneath a dust cover.

Remove the ratchet wheel and the crown wheel with the bushing. Lift the barrel bridge.

It looks like the wheel train bridge and the escape wheel cock are two separate parts, but it’s one part.

Open the barrel to check the mainspring. Use a brass or bronze set of tweezers and use your thumb nails to press down on the main wheel of the barrel.

As expected, the mainspring was broken with the end piece still attached to the barrel arbor. So, I ordered a new one.

The usual way to remove wheels is to start with the uppermost one and work your way down. So, lift the center wheel, the third wheel, the fourth wheel, and finally the escape wheel.

Lift the minute wheel and remove the return bar with the setting wheel, the intermediate wheel, and the bottom crown wheel.

Don’t forget the pull out piece with its screw and the bottom balance end piece.

Flip the movement around to fit the pull out piece with its screw.

Place the barrel in position and reinstall the escape wheel, the fourth wheel, the third wheel, and the center wheel and place the wheel bridge in position.

Install the barrel bridge and place the crown wheel with the bushing and the ratchet wheel in position.

Turn the movement around and reinstall the motion works and the keyless works.

Flip the movement to the top plate and reinstall the pallets. Wind the watch a couple of times to check the pallet fork. It should snap to the other side with the lightest touch.

Place the balance in position and the movement should come alive.

The index is almost all the way to the “Fast” direction. An index that’s slap bang in the middle looks better and is also easier to regulate in the future, but it is what it is. As long as it’s still on the balance cock and it keeps time, it’s alright.

Place the hour wheel and washer in position and fit the dial.

As I mentioned, the original lume was severely damaged, so Michał and I decided that the hands should be relumed.

As you can see in the picture above, the lume on the dial was probably light green. Over time it has changed into a shade of dark greyish green.

So, I mixed a green with dark grey and tried to match the color on the dial as good as possible.

I also fitted a new crystal because the old one was too small and didn’t fit right.

What do you think of this Türler watch? Do you have a similar one? Let me know in the comments below. 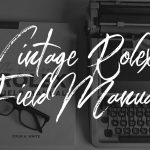 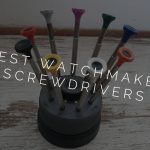