This time, a service of a lovely DuBois 1785 watch. The case is chrome-plated but still in good condition with a diameter of 33 mm without the crown.

Lovely two-tone dial with Roman numerals and the original hands with some patina.

According to Mikrolisk, DuBois 1785 was founded in 1952 in Le Locle, Switzerland.

The movement is the FEF 190 with Incabloc shock protection and 15 jewels.

The watch had a very low amplitude and it was possible to wind it forever, which points to issues with the mainspring.

Always remove all power from the mainspring before you start working on the movement.  This is to prevent any damage to the escapement or wheel train while you’re working on them.

Move the click away from the ratchet wheel with a sharp peg wood while slowly letting the crown slip between your thumb and index finger.

Lift the balance and the lever and store them somewhere safe. 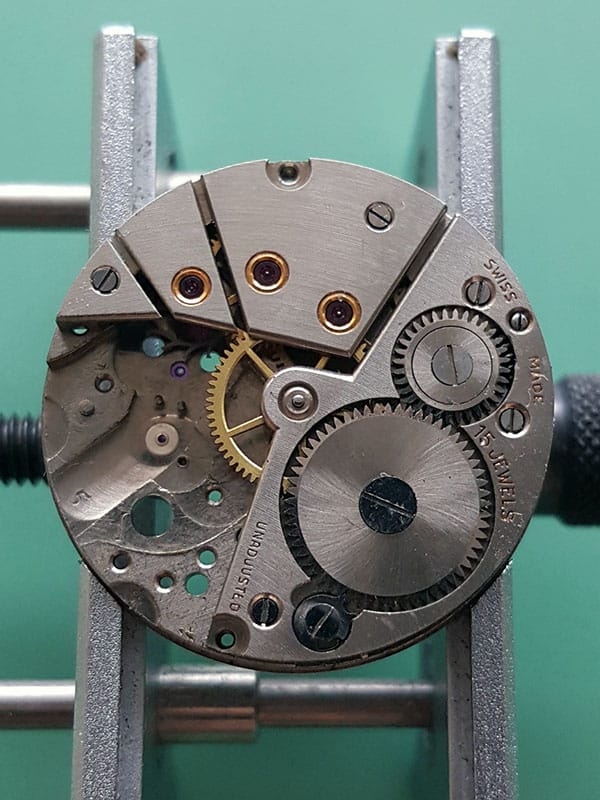 The balance and pallets removed. It looks like the wheel-train bridge has separate bridges but actually, it’s one piece

This is the perfect time to test the wheel train. Temporarily, fit the winding stem and crown and give it a few spins. The wheel train should rotate freely and smoothly but in this case, it stopped abruptly.

More on that later.

Turn the movement around and remove the cannon pinion. You can’t lift the center wheel with the cannon pinion installed and it’s safer to remove it when it’s still covered by the barrel bridge.

Remove the ratchet wheel and the crown wheel (reverse-fretted screw), and lift the barrel bridge. 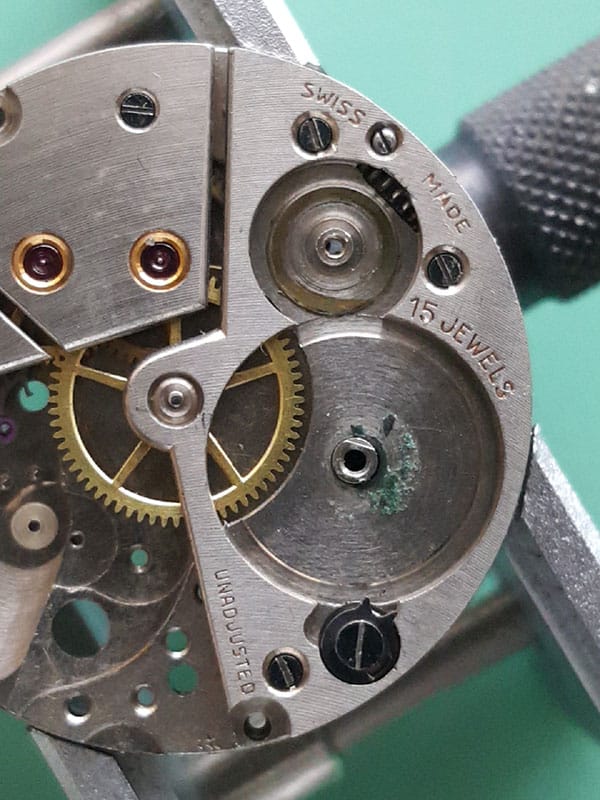 There’s a lot of dirt and hardened grease underneath the ratchet wheel, as you can see. There’s also some in the bearing jewel of the third wheel

Because there were some issues with the mainspring, I removed the main barrel to check it. 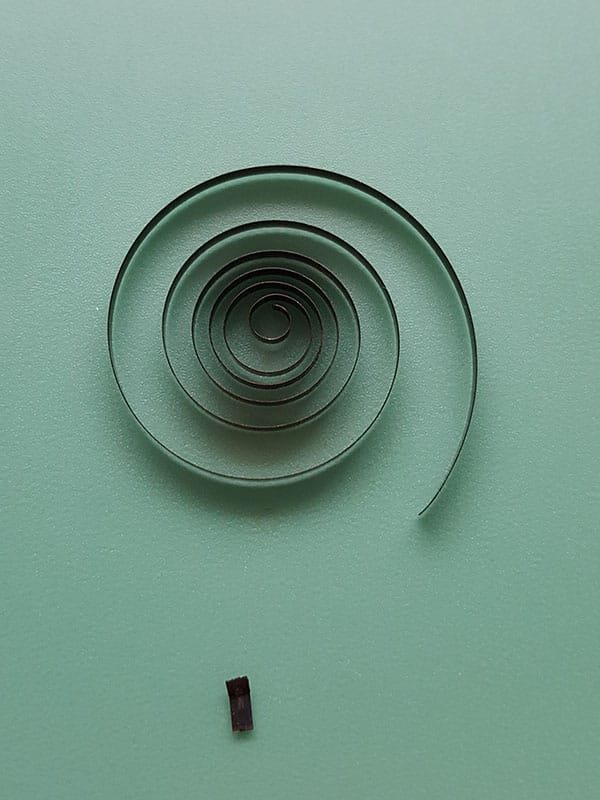 It still had the original “blue steel” mainspring that had lost most of its force over the years, also known as a set mainspring. As you can see, this one was broken as well and the bridle was loose inside the barrel. So, I ordered a new one

Lift the wheel-train bridge and remove the escape wheel, the fourth wheel, the third wheel, and the center wheel.

When I tested the wheel train, I noticed there was something wrong so I inspected all the wheels. I noticed that the top pivot of the escape wheel was bent, so I ordered a new one. 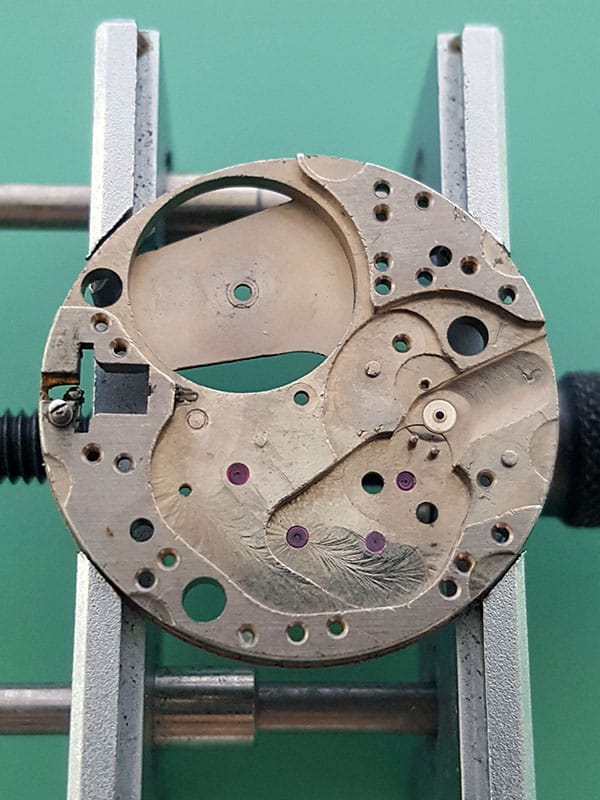 The top plate of the movement completely empty 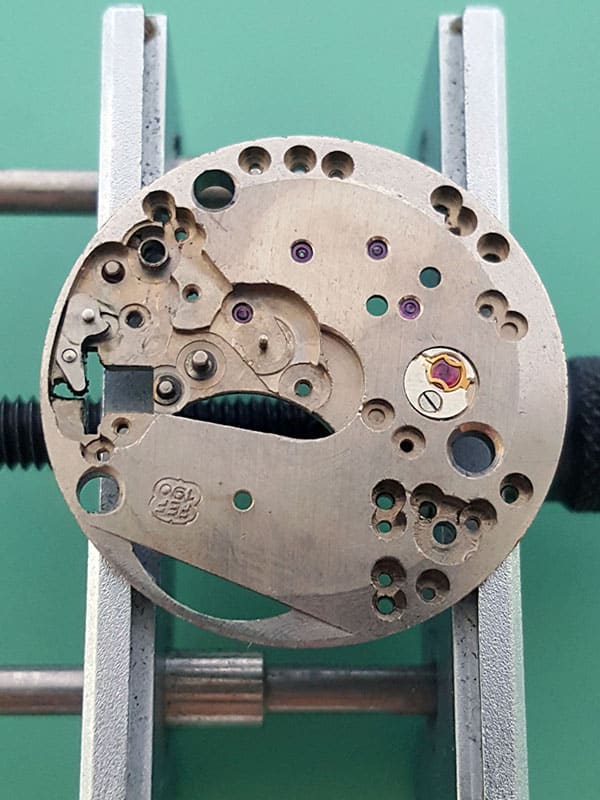 The bottom plate of the movement completely empty

Fit the main barrel (with the new mainspring in this case). Lubricate the arbor on both sides with HP 1300. 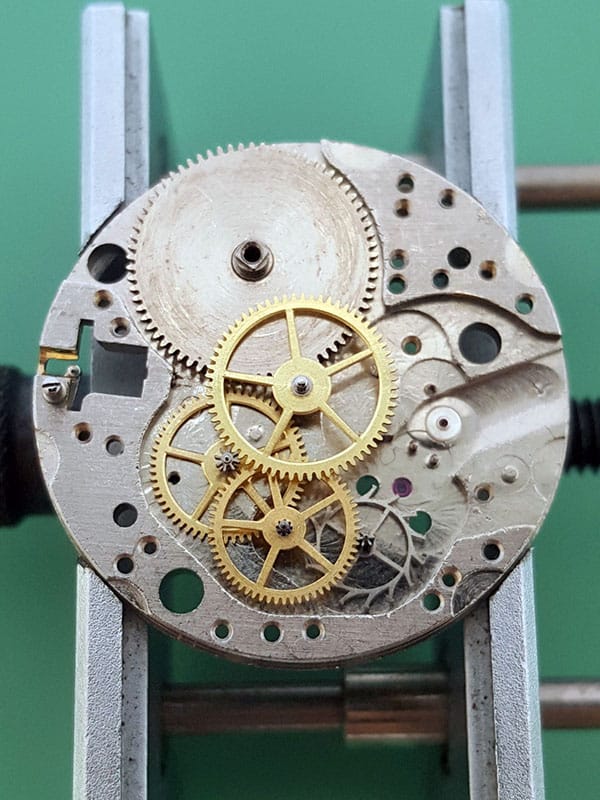 The main barrel and the wheel train installed

Place the wheel-train bridge in position and lubricate the bearing jewels. Center wheel with HP 1300 and the other jewels with 9010. 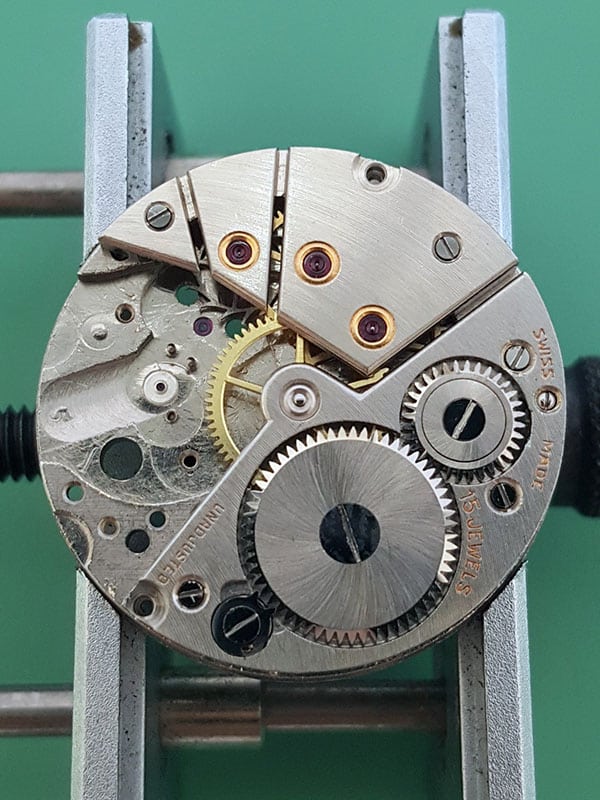 The wheel-train bridge, the barrel bridge, the ratchet wheel, and the crown wheel reinstalled

Turn the movement around and fit the motion works and the keyless works.

The FEF 190 has an extra intermediate wheel between the setting wheel and the minute wheel. You can’t mix them up because the posts have a different diameter.

Lubricate the cannon pinion, the return bar, and its spring, the winding stem, the setting wheel and intermediate wheel, and the clutch and winding pinion with 9501. 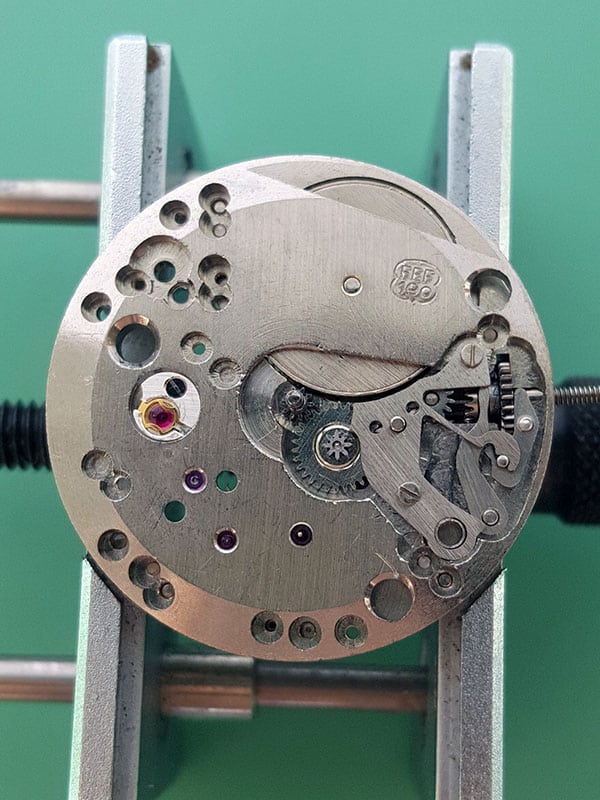 Flip the movement to the top plate and reinstall the pallets (lubricate the exit stone with 9415).

When you place the balance, the movement should come alive.

Clean the Incabloc capstones on both sides with One Dip or similar and lubricate them with a tiny bit of 9010. Old hardened lubrication can be removed with a small peg wood or cocktail stick before you rinse the capstones.

Place the hour wheel and washer in position, fit the dial and continue with casing the movement.

I fitted a new crystal because the old one was badly damaged. 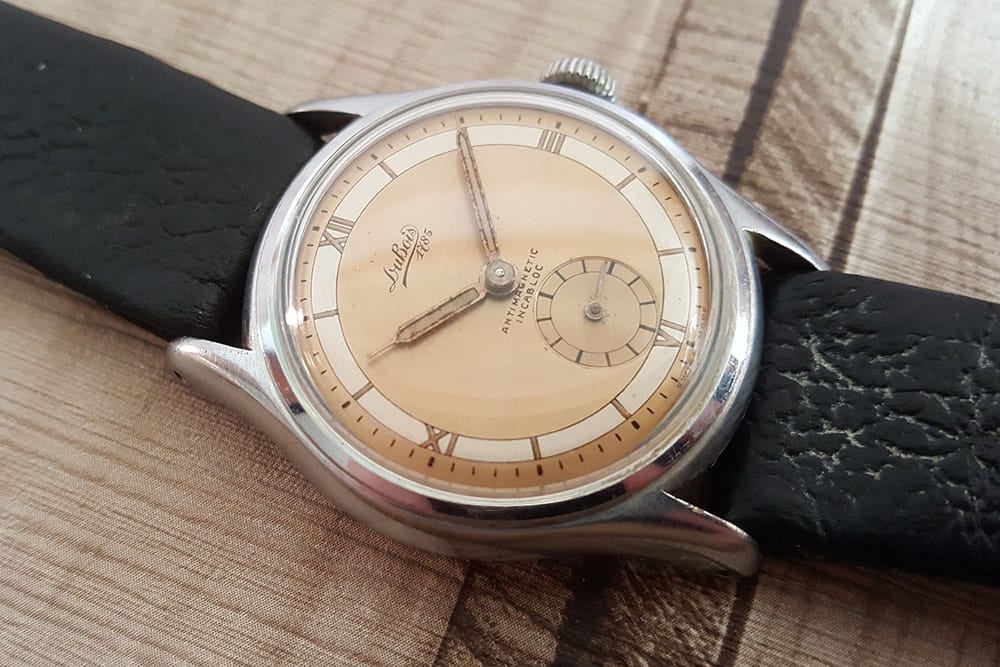 What do you think of this Dubois 1785 watch? Do you have a similar watch in your collection? Let me know in the comments below. 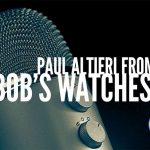 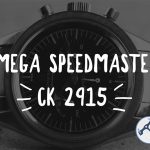