Pontiac watches: the Pride of the Benelux

Pontiac watches are well known within the Benelux (Belgium, the Netherlands, and Luxembourg). There are many collectors in these countries. Outside of that area…not so much. I hope to change that.

A. Kinsbergen and his three brothers launched Pontiac in Belgium and the Netherlands in 1932. Mr. Kinsbergen was also an agent for Omega and Tissot. Suprécis registered Pontiac in Biel – Switzerland. Therefore, Suprécis technically made the first Pontiac watches. Until the 1970s, the logo is with the large P extended over the other letters. After that, the letter P is the same as the others.

Although they mainly produced “3 hand” or “time-only” dress watches, that isn’t all they created. Pontiac also produced dive watches and chronographs.

Pontiac has used a lot of manufacturers for their movements over the years. Landeron movements are widespread in their chronographs, but Pontiac also used Venus and Valjoux movements.

However, in later models, Pontiac also used FE (France Ebauches) movements. ETA and AS movements are used the most.

The theory is that the number of stars (1, 2, or 3) on the dial represents the quality/reliability of the movement and therefore the watch as a whole. Though this is sensible, it can’t be verified, and it remains somewhat of a mystery. There are different models that have identical movements, but somehow have a different amount of stars.

Also, some dress watches with a “simple” ETA 1080 movement have a dial with three stars while chronographs with a Venus 170 movement only have 1 star. This doesn’t add up.

There must be additional criteria or procedures on how many stars a watch received. At the moment, we’re only guessing at what these might be. Some theories include the degree of water resistance, case material, and production era of the watch in question.

Pontiac has some fascinating pieces. They have an extensive collection of different types and models. If you’ve never heard of them, keep an eye out. They’re worth it.

Do you have a Pontiac in your collection? Let me know in the comments below. 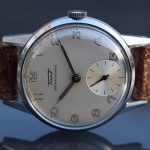 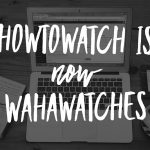