Trends in the Vintage Watch Market – 2018

This is a guest post by Matthias de Pauw.

The vintage watch market is very healthy. Prices for vintage watches have gone up (a lot) in general but it’s impossible to talk about every available watch.

Instead, I’ve selected the brands, models, and genres that have seen the largest jumps in price and I’ll also discuss what I believe the near future will bring, including some tips for watches that still have the potential for growth.

You can’t talk about vintage watches without mentioning Rolex.

This brand has a lot of lovers and also a lot of haters but you can’t deny that Rolex has proven to be a good investment over the years. All vintage Rolex watches continue to go up in value.

Some people say it’s a bubble, but personally, I don’t think this market will collapse. Many young collectors are joining the game and they’re looking for good collectible pieces. Obviously, they don’t make vintage watches anymore and people that have them in their collection tend to keep them.

For Rolex, the Sub and the GMT lines are very popular (and the Datejust, but these can still be found quite easily and didn’t go up in price as much as the Sub and GMT lines). If you look at the GMT line, it’s mainly the ref. 1675 that has been doing very well. 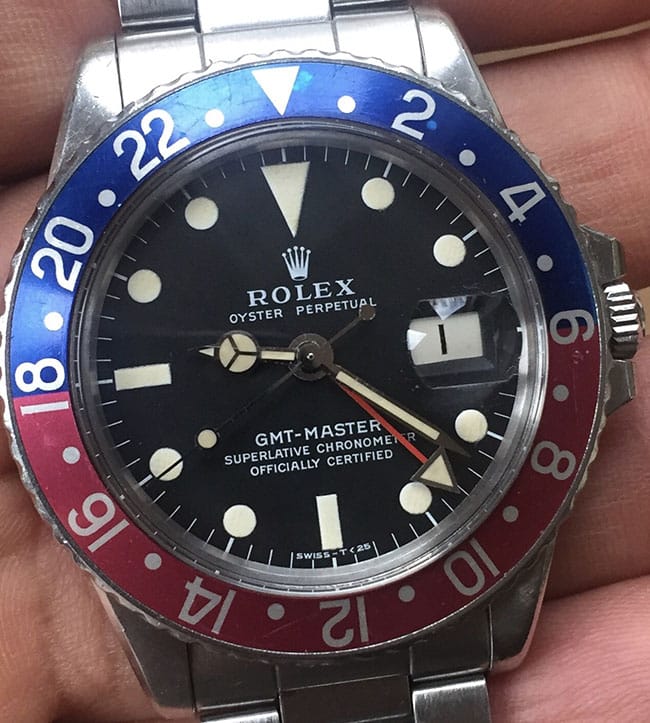 Prices went through the roof for this model and it became nearly impossible to buy a decent one for under $12K. The later GMT models like the 16700- 16750 -16760 and 16710 also went up in value and continue to do so. Rolex recently released a new ceramic GMT master at Baselworld and I think this will give a boost to the vintage Pepsi and Coke bezel GMTs.

Vintage Subs don’t really need an introduction. Everybody knows they’re extremely collectible and they continue to rise in value. The very early ones fetch record prices every time one appears on the market. Rolex Subs with a link to the military or a link to a professional diver fetch crazy prices nowadays.

The condition is important, but some collectors pay a premium for well-documented pieces, gilt dials, faded bezels etc.

The 14060 is gaining in popularity because it’s the last one with the old school Rolex case and lugholes.

Now, let’s talk about Omega. When I say Omega, most people think of the Speedmaster and this is indeed the ‘most wanted’.

Omega has done an amazing job of ‘keeping the history alive’ (the 60th anniversary Speedmaster and the 1957 trilogy). This is one of the reasons why vintage models are very popular and collectible. 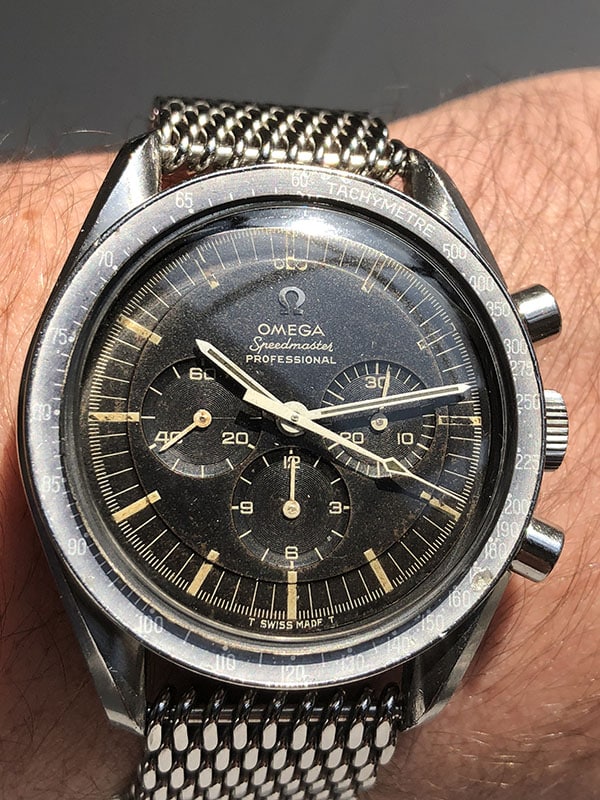 I expect another small rise in prices in the year 2019 (50 years moon landing).

Of course, it’s not just the Speedmasters that jumped in value. I don’t think I can name 1 model from this brand that hasn’t gone up in value. 5 years ago, I was able to buy an original vintage Seamaster 300 for $3K. Today, an original specimen would cost you at least $6K.

Prices on some models have doubled or tripled (or even more) during a 5-year period.

I still regret selling my RAF Omega 30T2 from 1945 2 years ago. They doubled in price in 2 years of time. This is a trend I noticed during the last few years, ‘military is gold’. 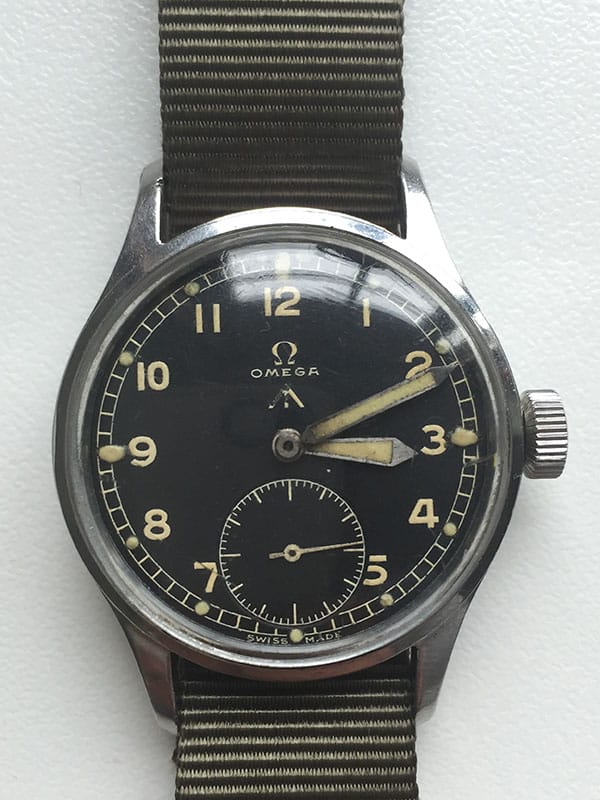 Military watches are very good investment pieces and prices are rising fast. Think of the Lemania Monopusher and the Dodane type 21 for example. Both will cost you about $5K today but they still have great potential as an investment for the future as I’m sure prices will continue to go up. They’re quite rare and both have a wonderful column wheel movement – Lemania 2200 vs the Valjoux 222 flyback in the Dodane).

So, think of the RAF ‘Dirty Dozen’ when you have the chance to buy one. Amazing investment potential! Grana, IWC, and Longines are the rarest of the 12.

I’m not the greatest Heuer fan you can find, though. I think that has to do with their current models because I’m not a fan of Tag Heuer.

Of course, other models than the Autavia have gone up in price as well. The Heuer Carrera and the Heuer Camaro which sold for about $2K five years ago would cost you more than $6K at the moment.

Another trend that I’ve noticed during the last 2 years is that collectors are starting to look for dress watch chronographs from the 40s and 50s. I think the main reason is that the market for chronographs from the 60s and 70s is at a high and chances of finding a decent one for a reasonable price are very slim.

People who collect these chronographs are more ‘movement minded’. The base caliber Valjoux 72C and the Valjoux 88 are amongst the most collectible movements out there. In combination with a renowned brand such as Minerva, Le Phare, Gallet, Breitling, Excelsior Park, Bovet, Angelus etc. these can go for serious money. However, not everyone is able to identify these movements so, in theory, it’s still possible to buy one of these for a good price.

Be sure you’re not overpaying for a redial because many of these old chronographs are redialed (or repainted), which decreases the value significantly.

When you talk about chronographs from the 1940s and 1950s, you have to include Longines (with their 13ZN and 30CH movements). These 2 movements are extremely well built (according to some collectors, they’re the best movements ever made).

Today, you’d have to pay around $10K  for an original Longines 13ZN in decent condition (top specimens fetch way more than $12K).

The same goes for Universal Genève with their Tri-Compax model which was introduced in 1944. Many collectors have been buying them which pushed prices up. 5 years ago you could buy a good example for $2.5K. Today, the same watch in original condition will cost you at least $7.5K. 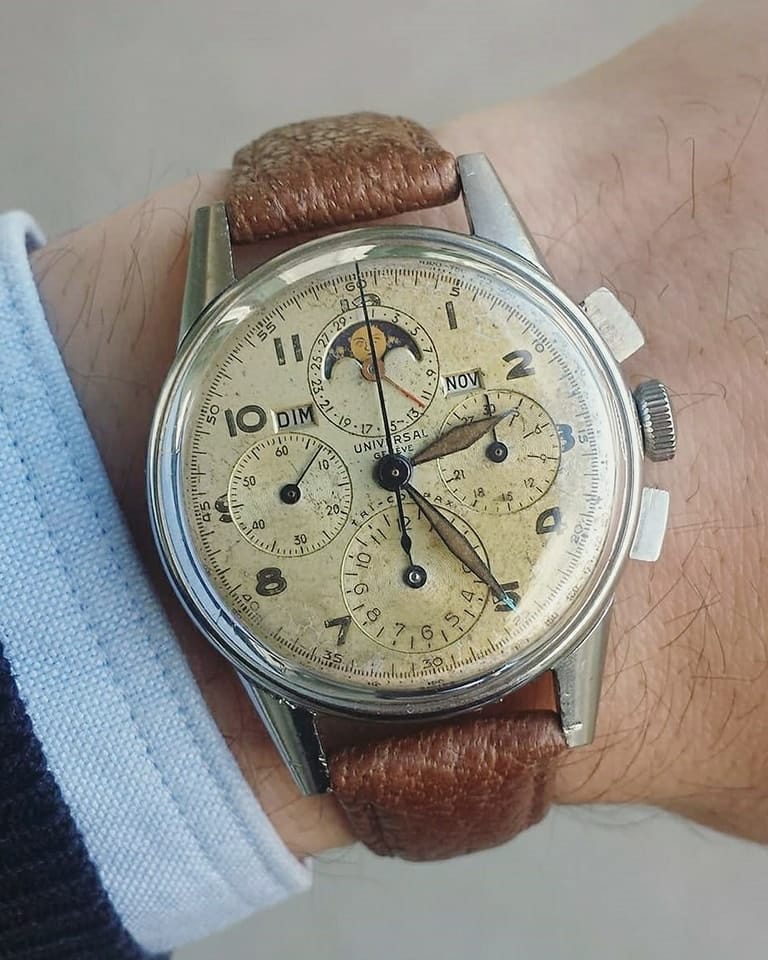 Personally, I’m a big fan of vintage Breitling, mainly the Navitimer line. The 1960s specimens can still be bought for $5K – $6K (early AOPAs will cost a bit more), which is a decent price for a good quality Venus 178 column wheel chronograph from a renowned brand.

When you compare Breitling to other brands, there’s still some potential for growth when it comes to price. I believe that’s because Breitling’s modern watches have very little in common with their vintage watches. If this changes in the future, I think it’ll affect the prices of the vintage pieces in a positive way. So, now is the time to buy!

Vintage Seiko is fun to wear and still has some potential to go up in value. It’s a great start for collectors on a budget or as a first step into vintage watch collecting.

Pontiac is well known in the Benelux but it’s an obscure brand for the rest of the world. They had a lot of simple dress watches but also very nice chronographs with column wheel movements. As with most chronographs, prices went up from $250 to $500 (for a simple version with a Landeron movement).

They also made some high-end watches, with a Valjoux 71, Valjoux 72C, Valjoux 84 and they even made a chronograph for the Belgian airforce with the Valjoux 22 (similar to the Dodane 21 from the French airforce I mentioned earlier).  But again, finding one in good condition is very difficult. 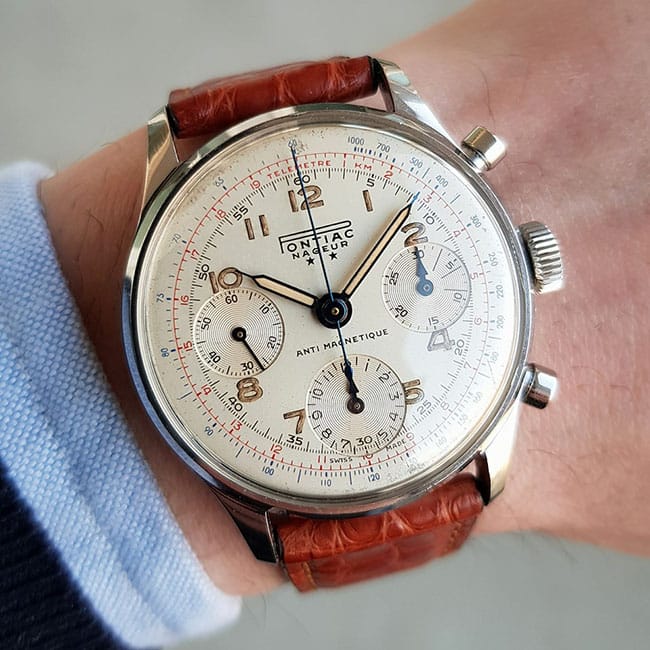 Pontiac Chronograph with the rare Valjoux 71

In the last few years, prices for dive watches have exploded.

I already mentioned the Rolex Submariner but there are many desirable diving watches, Doxa for example.  Most vintage Doxas were produced by Synchron (starting in 1969-1970). These originals from the late 60s cost about $5K but finding one is difficult. 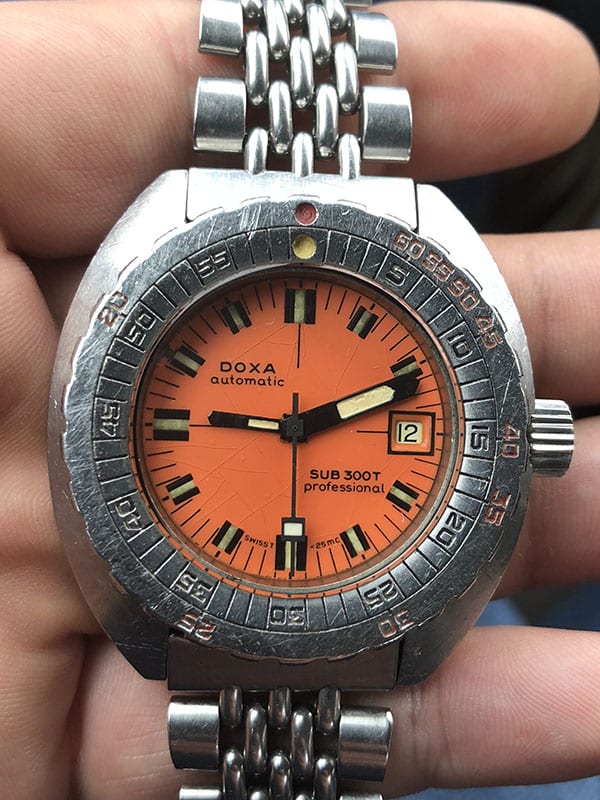 Squale is also very popular nowadays and their cases have been used by a lot of other brands.

Another brand that has quite the fan club is Aquastar (Duward). They made some very cool dive watches and chronographs ( very expensive as well!). An original Aquastar 36-37mm diver can be bought for around $600 – $850 in good condition, well worth the money!

Matthias is an experienced collector who started to intensively collect watches about 4 years ago. He’s the co-administrator of the ‘Horlogefreaks’ Facebook group and he’s also very active in other Facebook groups and on forums.

Guest Post
This post is written by a guest contributor. The writer's info is included at the bottom of the article.
Recent Posts
Showing 19 comments 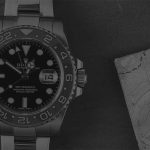 What Is a GMT Watch and How Do You Use It?Tutorials, Watch Basics 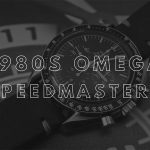